Are you a fan of seafood? If that’s the case, you should get to know the Japanese Oyster Shooters recipe. Do you think this sounds a little odd? Perhaps, but you can’t criticize something unless you give it a shot. The next time you’re struggling to decide how to begin your meal, think about ordering an Oyster Shooter to satisfy both your appetite and thirst at once.

The oyster shooter can be divided into two categories, appetizer and cocktail. While oyster shooters may contain vodka or whisky, mine are prepared Japanese style and a flavorful sake.

Freshly shucked oysters are added to a glass to make the shooter, which features layers of tasty ingredients including vinegar, mirin, sake, quail eggs, and lemon on top. The end product is a potent seafood mixture that has traces of vinegar and is salty, hot, and spicy. Let’s know in detail about it!

This is one of the most popular traditional dishes served in Japanese restaurants. It’s a match of the first sight and taste, cooked in the traditional way with the oysters being cooked after steaming them.

how to make Japanese Oyster Shooter

The story of the oyster shot is very unusual. A miner from San Francisco went into a restaurant and ordered a drink of whiskey, a platter of raw oysters, and a variety of what amounts to cocktail sauce.

He sipped the whiskey, put an oyster in the shot glass, topped it with Worcestershire, vinegar, mustard, and horseradish, and drank it like a shot. The restaurant promoted its brand-new “oyster cocktail” the following day.

Wait until you try the Oyster Shooter if you enjoy raw oysters. Without a doubt, you’ll be in “Oyster Heaven.” Because of how simple they are to make and eat while still being quite tasty, oyster shooters are very popular. Some people regard this as the pinnacle of fresh oyster enjoyment.

Oysters are an excellent source of protein. The raw oyster is naturally very low in calories, fat, carbohydrates and sodium. It’s thought to be an aphrodisiac and is a great source of zinc and selenium.

Selenium seems to be an ingredient that most people are deficient in, but it’s also one of the lesser known antioxidants which is crucial for our immune system as well as cancer prevention. But how do you make one? Let’s know the process.

Ans: Yes, the oyester shooter is raw. A shot of beer, cocktail sauce, a raw oyster, and sometimes a dash of spicy sauce are all included in the standard, which is served across the bar.

Ans: They are easy to make and consume, still being quite tasty. Oyster shooters are very popular. Some people regard this as the pinnacle of fresh oyster taste.

Oyster shooters are really easy to prepare and drink. It is regarded by some as the height of fresh oyster delight. With these unique Japanese oyster shooters, you can surprise guests. It is a taste explosion resulting from the combination of sweet and salty flavors. 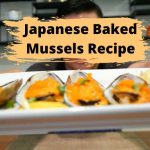